Depression is an increasingly common problem among the general population today. It can strike without warning and manifests itself in different ways.

For some it might be a loss of appetite or reduces interest in things they once enjoyed. It might be accompanied by fatigue, feelings of sadness, and concentration problems. Sometimes a doctor or psychiatrist will work with a patient to prescribe antidepressants as part of their treatment plan. Antidepressants work by altering the balance of chemicals known as neurotransmitters in the brain.

These include serotonin, dopemine, and norepinephrine. When one of these chemicals, dopamine for example, runs low it can make you feel down, unmotivated, depressed, and anxious.

In this article, will provide a quick primer for consulting with a doctor online to help you determine if you need antidepressants as well as cover the four different types of antidepressants and their effects.

Consulting With A Doctor Online

Antidepressants aren’t like many of the over the counter medications you can get from the pharmacy. To get them, you need to first consult with a doctor or psychiatrist. If they work with you to decide that an antidepressant might help with your treatment following a mental health evaluation, they may prescribe one to add to your treatment plan.

Thanks to the advent and booming popularity of telemedicine, getting medicine for depression and anxiety is as easy as consulting with a doctor online. To do so, find your preferred telemedicine provider, select a doctor, and book an appointment. Within 15 minutes, you’ll be speaking with a licensed and board certified doctor.

After the consultation, they’ll send your prescription to a local pharmacy where you can pick it up at your convenience. The doctor will provide detailed instructions for using the medicine, go over any possible side effects, and give you any additional guidance to help with your treatment. Telemedicine lets you use your insurance as well, so you’ll be able to get convenient healthcare at an affordable rate without ever leaving your home.

Selective serotonin Reuptake Inhibitors, or SSRIs, are a class of antidepressants that do pretty much what the name implies: increase serotonin levels in the brain. Specifically, they block the serotonin from being reabsorbed as its transmitted throughout the brain.

This in turn creates more serotonin. More serotonin can lead to improved mood, happiness, and better sleep. It’s a commonly prescribed antidepressant that you may know better under names like Sertraline (aka Zoloft) or Fluoxetene (aka Prozac).

As with many other prescription drugs, SSRIs have possible side effects such as nausea, headache, dry mouth, and dizziness. It’s important to speak with your doctor in depth about the antidepressants you’ll be prescribed to understand their benefits and potential side effects ahead of time.

Other common SNRIs that doctors prescribe are Desvenlafaxine, Levomilnacipran, Milnacipran, and Venlafaxine. In addition to depression and anxiety, some SNRIs can be used as a fibromyalgia treatment. SNRIs are not recommended for pregnant patients or those with a history of liver damage. Be sure to check the medication’s literature for a list of side effects and discuss them with your doctor as needed.

Tricyclic antidepressants are similar to actual biological processes in the brain. They increase the levels of our two stalwart companions, serotonin and norepinephrine, while simultaneously blocking the effects of something else called acetylcholine.

In a way, TCAs try to restore the balance of the neurotransmitters in your brain. Unfortunately, they also have a mild sedative effect and some other possible side effects like blurry vision, increased heart rate, and lower blood pressure. The following are the FDA approved TCAs that are prescribed in the US:

In addition to being a depression treatment, TCAs are also used to treat OCD, panic disorder, and chronic pain. TCAs interact with other drugs in various ways, so you’ll need to discuss these things thoroughly with your doctor during a consultation.

When neurotransmitters breakdown, the process is performed by your body’s monoamine oxidase enzymes. A monoamine oxidase inhibitor stops the enzymes from performing this action. Low levels of dopamine, norepinephrine, and serotonin are often linked to depression and anxiety. When using an MAOI, the neurotransmitters in question are prevented from being broken down, effectively keeping those levels up. MAOIs are only usually prescribed when other antidepressants aren’t helping the patient. They must be taken at the recommended dosage with no deviation and be carefully monitored for side effects. 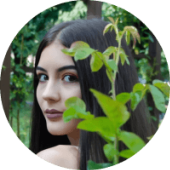 Karen is a freelance writer/blogger who helped launch this website so consumers like you could find honest and trustworthy product reviews. She enjoys researching these buying guides, but also loves writing about different topics such as health and nutrition.

This site uses Akismet to reduce spam. Learn how your comment data is processed.

Amazon and the Amazon logo are trademarks of Amazon.com, Inc. or its affiliates.

This website uses cookies to improve your experience while you navigate through the website. Out of these, the cookies that are categorized as necessary are stored on your browser as they are essential for the working of basic functionalities of the website. We also use third-party cookies that help us analyze and understand how you use this website. These cookies will be stored in your browser only with your consent. You also have the option to opt-out of these cookies. But opting out of some of these cookies may affect your browsing experience.
Necessary Always Enabled
Necessary cookies are absolutely essential for the website to function properly. This category only includes cookies that ensures basic functionalities and security features of the website. These cookies do not store any personal information.
Non-necessary
Any cookies that may not be particularly necessary for the website to function and is used specifically to collect user personal data via analytics, ads, other embedded contents are termed as non-necessary cookies. It is mandatory to procure user consent prior to running these cookies on your website.
SAVE & ACCEPT